Accountability: Ensuring That Actions Have Consequences 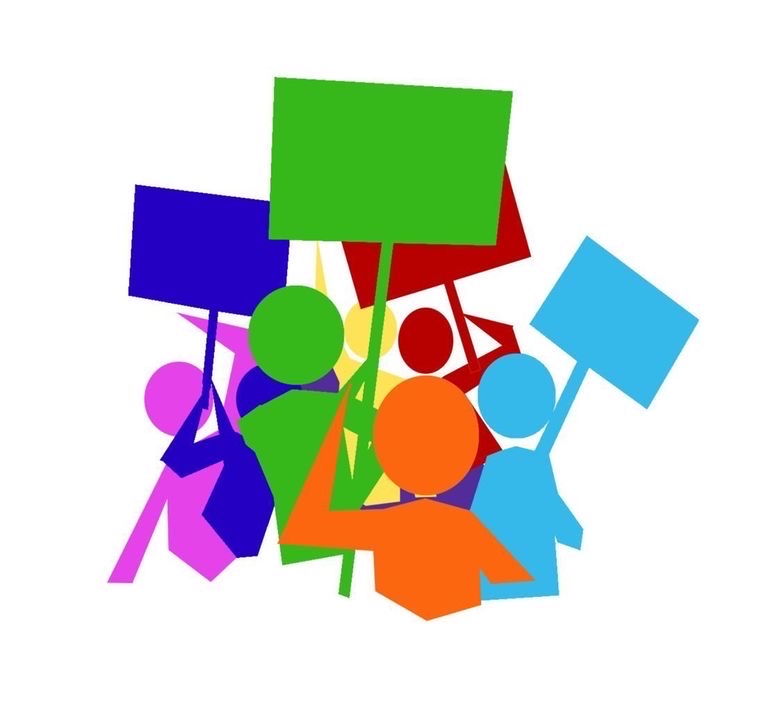 Illustration by Elro Starr: Two summers ago, Latin students used their voices to demand perpetrators of discriminatory behaviors at the school be held accountable. Now, accountability is one of Latin’s five DEI priorities.

A frequently discussed, debated—even protested—aspect of Latin’s Diversity, Equity, and Inclusion (DEI) vision revolves around the policy for holding community members accountable for their actions.
In fact, Demanding Accountability (DA)—a group of students who organized a protest and sent demands to the administration during the summer of 2020—built its foundation on potential amelioration surrounding Latin’s history with accountability.
In the wake of the Survivors of Latin and DA, Latin’s Council for DEI first outlined how, in the scope of Latin, accountability can be attained. In response to the list of demands put forth by DA, Director of DEI Eleannor Maajid appeared on the Latin Learner Podcast to discuss the tangible action items for the 2020-21 school year. She said, “[DA’s] demands came from around accountability, right? So in creating that culture for accountability, for racist and discriminatory behavior … we’ve actually kind of started some of that process already with the implementation of the bias incident reporting in the Middle and the Upper School.”
Even before receiving DA’s demands, the DEI Council employed the Incidents of Bias Protocol in an effort to accurately record any occurrences of intentional or unintentional acts related to an individual’s or a group’s identity.
During an all-school gathering on November 30, 2021, Dean of Community Learning Suzanne Callis, a member of the Incidents of Bias Team, said, “Different situations and incidents require a different follow-up, so the process may take longer or look different from what you might expect, but we are committed to due diligence for all reported incidents.”
Ms. Maajid said, “The protocol was initially created for the Middle School to document and keep track of incidents that happen throughout the school. We had planned to start it in the fall of 2020, then Survivors [of Latin] and Demanding Accountability came out. But a lot of their demands aligned with the work we were intending to do anyway.”
Head of School Randall Dunn corroborated the DEI Council’s intentions with the Incidents of Bias reporting form as he said he believes that it serves as a way for any member of the community to bring incidents to the administration and the council’s attention. Regarding actions taken to address the submitted incidents, he said, “I think that based on the things that we have been as transparent as we can be about certain disciplinary issues, folks have really understood that we take those things seriously.”
Nonetheless, a practice as simple as an incident report form does not entirely create a culture of accountability for racist and discriminatory behavior satisfying the demands of DA.
Therefore, the DEI Council sought out additional methods to promote accountability in all divisions and areas of the school.
During a DEI informational session in the fall of 2020, Ms. Maajid said, “We’ve started to talk about how introducing restorative justice practices feels like the right collaboration between the incidents of bias reporting and those practices which will bring that educational piece into our community.”
In addition to implementing the Incidents of Bias Protocol and other educational elements throughout the school such as a bystander intervention program, Latin made strides in modifying student disciplinary policies and practices. Notably, the Incidents of Bias Team has emphasized the importance of reviewing the Sexual Misconduct Policy. The school also recently revised its bullying prevention policies.
Another group within the school—the Board of Trustees—is also engaged in anti-bias and accountability programming and training. Mr. Dunn said, “The board members are on the quote-unquote board for having conversations about anti-bias training, having conversations about the fears that exist, and they are having conversations about some of these tough topics.”
He added, “This is a board-level conversation. Because the board is actively embracing some of the same conversations that we’re doing in school, I think that it’s a good sign.”
Overall, the issues Latin faced with regard to accountability have been answered with acceptance, ensuring the community that the school is aware of the necessary action items.
Ms. Maajid said, “We had to put a mirror up to ourselves and see what we needed to change about our school, and we are constantly doing that.” 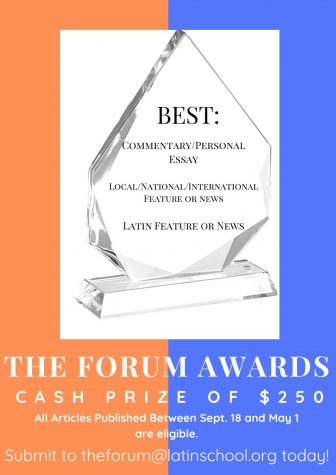