Why Does the Middle School Still Have a Dress Code? 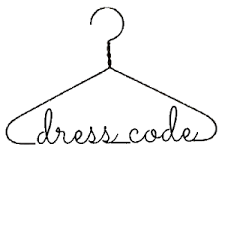 Lily Campbell
While most underclassman enjoy the bliss of going to school in whatever attire they please, that used to not be the case. At the beginning of the 2015 year, Mr. Coberly got rid of the Upper School dress code with the help of former student Iz Guiz, much to the student body’s joy. However, before getting rid of the dress code, items like ripped jeans and sweatpants were not allowed to be worn in school, except for special dress-down days. Meanwhile, the middle school dress code has remained untouched by its staff to this day. What makes the middle school different?
Ms. Sampey, director of the middle school, strongly believes in a dress code and stands by the middle school’s decision to preserve it. Ms. Sampey believes the dress code is “quite user-friendly and relaxed,” allowing students to express their unique styles while adhering to the small requests of the dress code.
Eighth grader and MS President Charlie Williams notes that students still get frustrated with the rules, more notably the no-ripped jeans policy. According to Charlie’s friends, many girls “get annoyed,” since ripped jeans are “trendy and popular,” and often many girls have closets full of ripped jeans that can’t be worn to school.
Ms. Sampey has allowed students to wear leggings and sweatpants, two articles that were “out of dress code” just two years ago. So what has changed since then? Because of her strong beliefs about graduated freedoms and different community norms between the high school and middle school, Ms. Sampey has made an effort to have the dress code reflect and shape the behaviors of middle school students.
From an administrator’s perspective, she notes that “during the middle school years it is a natural part of their development to push and challenge boundaries and understand where there is space to appropriately push, as well as the fact that there can be consequences for blatantly disregarding the rules.”
Ms. Sampey, Mr. Dunn, and other senior administrators felt strongly that the current middle school dress code was reasonable enough to be kept, but more importantly, “there was uniform agreement that having more freedom and flexibility in upper school was a good thing,” allowing students to adhere to less requirements as they matured.
An anonymous high-schooler (who attended Latin’s middle school) is glad to see the shift in the dress code. During her time in middle school, “dress coding” included being called out, often in front of others, and being forced to change into sweatpants from the lost-and-found. Once, when dress coded in front of her peers for her ripped jeans, she felt “publicly humiliated” and “mortified.” Later, a fellow classmate approached her and touched the exposed skin from a rip in her jeans, making the situation feel like an attack on her femininity and an unwarranted act of sexualization.
The dress code was initiated to prevent middle schoolers, who often have not reached full maturity, from doing inappropriate things such as touching other classmates, for example. However, it was instances such as these, where girls felt targeted and sexualized by the dress code, that prompted a change in the enforcement and phrasing of the dress code.
As the head of the Upper School in 2015, Mr. Coberly worked closely with former Latin student Iz Guiz on changing the language of the dress code. As a part of her GOA, Iz studied the dress code’s phrasing and discovered that even in its wording, there was a heavy gender bias against female-identifying students.
Wording such as, “clothing not being distracting to others,” placed blame on these students for distracting another student, such as girl’s shorts needing to be a certain length and a requirement for coverage of the backside with a long shirt if one chose to wear leggings. According to Mr. Coberly, the majority of US teachers were relieved when the dress code became more relaxed, allowing them to focus on their teaching as opposed to their students’ outfits.
Now, however, the times have changed for the better. Administrators across all three divisions have ensured that dress code’s language shows no gender bias, a pivotal change for many female-identifying students. With the language change, middle schoolers are now more willing to abide by the rules given, even if it means some students will have to save their ripped jeans for the weekend. ]]>