The Blackhawks: The Not-So-Hot Hawks 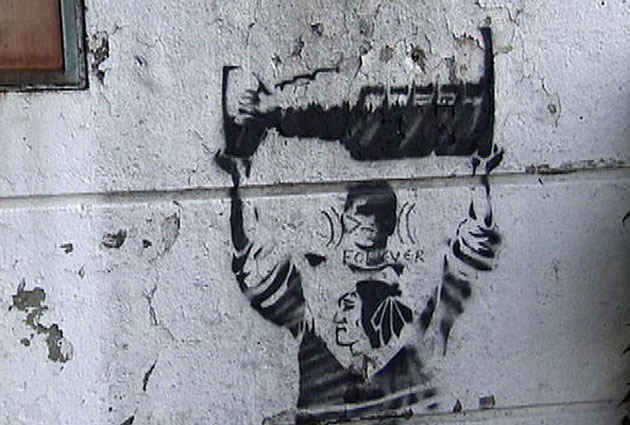 Stephanie Racker
The Chicago Blackhawks are in trouble—big trouble. Sitting 7 points outside of a wildcard spot in the Western Conference, last place in the central division, and 21st place in the League, the Hawks’ playoff dreams are not looking so bright. With roughly 35 games left to play in the season, the Hawks’ are in need of an immediate change of pace if they have any desire to stand a chance at playoff contention. Consistency is an area that Chicago’s found themselves struggling with. The team will go on a 3 game win streak, only to find themselves on a 4 game losing streak after being unable to rebound from a bad loss. While occasional losing streaks are not abnormal by any means, the Hawks’ consistent failure to bounce back from losses is.
To make matters worse, Chicago’s saving grace and season MVP goalie Corey Crawford has been sidelined since December 27. While Crawford’s injury was originally categorized as upper body, new details have come to light that the Hawks’ goalie might be suffering from vertigo-like symptoms for the second time in his career, which could result in him being sidelined for the entirety of the 2017-2018 season. If this were to happen, the Chicago Blackhawks would be in grave danger of missing the Stanley Cup playoffs for the first time in 9 seasons, an even more humiliating end to the season than last year’s first round sweep. Although both Anton Forsberg and Jeff Glass have been relatively solid in net, they simply don’t compare to Crawford in both skill and experience. Without Corey Crawford, Chicago’s chances of being able to even play in the postseason are greatly diminished.
Assistant captain and veteran defenseman Brent Seabrook also isn’t helping Chicago’s situation. With only 13 points in 46 games and a total of 24 penalty minutes, Seabrook has once again shown he’s still not quite up to snuff. On January 9, Seabrook was a healthy scratch for the first time in the entirety of his 969 game career, a rude—but necessary— awakening for the defenseman. The next night, Seabrook scored the only goal in a 2-1 loss against the Minnesota Wild. His  response was exactly what the Blackhawks were looking for. However, since that game, Seabrook has only recorded one point, evidence that while the defenseman received the Hawks’ message for a need for improvement, he is still struggling to produce and contribute as significantly as he has in past seasons.
To put it bluntly, the Chicago Blackhawks need to figure out a solution to their inconsistency— offensively, defensively, and in the win column—if they even want a chance at making it to the 2017-2018 Stanley Cup playoffs. Even if the Hawks somehow claw their way back into wildcard contention, advancing through the playoffs and hoisting the Stanley Cup come June is a whole other story that, as of right now, seems more like a distant fantasy than reality. ]]>