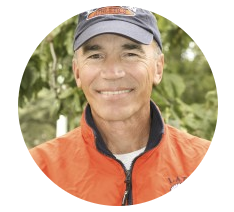 Mr. Bower is retiring as the Athletic Director after the end of this year and will be greatly missed by students and faculty alike at Latin. “Mr. Bower has had an amazing impact on this school,” said Mr. Rouse, the 6th-grade social studies teacher and girls varsity basketball coach, who is co-heading the search for Latin’s next athletic director (AD). With Mr. Bower’s looming absence, the school is faced with the issue of replacing a man that has been an integral part of the Latin community. “Ultimately, the Athletic Director is going to touch every facet of the school,” added Mr. Rouse.
Mr. Rouse is a latin alum and was once coached by Mr. Bower. 49 kids graduated the year Mr. Rouse did, and the school athletics just were in their first stages of development. Since then, Mr. Bower has completely transformed the sports program. “We’ve grown a lot. The athletic offerings have grown a lot. The department as a whole has grown around him. Mr. Bower is student-centered, people first, he is always trying to find a way to make it work,” Mr. Rouse said. Mr. Bower also introduced the positive coach alliance to Latin, which is an organization run through Stanford that promotes a style of coach that is a balance of a positive experience for the player and competition.  Mr. Bower “has influenced the whole community regarding sportsmanship,” said Mr. Rouse.
The school will not finalize its decision for quite some time, but the search process is in full swing. Mr. Rouse and Catherine Curry have set up a team of twelve teachers and coaches with the end goal of recommending a singular candidate to the school for the position. The group started by surveying people from all different sectors at Latin—parents, teachers, coaches, even a few students—about what they wanted to see in the school’s next A.D. The committee created a list of qualities and credentials that they were looking for in their candidates. The school’s ideal athletic director: a teacher-coach, experience at a Jk-12 school, has worked at an independent school, has a record of improvement at past athletic director jobs, flexible, humble, hardworking, emotionally intelligent, and hungry for success as well as has the drive to improve the program. Mr. Rouse, Ms. Curry, and their team have begun conducting interviews with candidates in search of these qualities, and one of the candidates has met with some of the senior girls on Latin’s basketball team. “You have to team [up] with people,” Mr. Rouse said. He and his team feel that someone with the above qualities would be very capable of collaborating with and further building our school’s athletics programs.
As Mr. Rouse and his team look forward, they are keeping in mind Mr. Bower’s immense success in the position.  “He’s a great mentor and I think we’re going to miss his experience and his approach,” said Mr. Rouse.
]]>