A Future With No Grades? 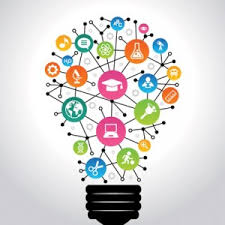 Ashna Satpathy
On the first day of orientation, incoming freshmen students were surprised: Mr. Tebbens announced that this year, for the first time, Latin decided freshmen will not have any grades in humanities classes for the first quarter. English, Global Studies, and Visual Arts were the classes where grades would not be revealed to freshmen. On the grade report next to the humanities classes, there was a blank spot, and next to the STEM classes freshmen had letter grades. At first, people were skeptical.

Many thought that the grades would be revealed at a later time. But this was not the case; there really weren’t any grades in those subjects. Why only the humanities subjects and not STEM? How is the system meant to help? Did it end up being effective? I asked English teacher Ms. McGlinn, to fill in some of the blanks.
“Both the English and history departments wanted to do this, and I speak mainly for the English department, because we firmly believe that in the first quarter we need to allow students the mental space to experiment and hone some basic writing skills” she explains. “Without grades, we have found (because we’ve all followed up with one another) that students have been freer with their ideas and allowing themselves to make really important mistakes. We have students coming from many different schools and we want to allow students to have the first quarter to learn basic skills before we even think about grading.”
When I asked her how she thought the system went, she said, “I think it was amazing…Students in my classes… seem to have more opportunities to make mistakes, and now that they are going to be writing graded assignments, they know what we are looking for. I’ve also seen a tremendous decrease in the anxiety level of students.” Ms. McGlinn said she is confident that they will continue to have no grades in for the first quarter of English 9 next year and for years to come.
If you are a student at Latin, you have most likely heard about something called the “growth mindset”. This term can be defined by students as improving over time and learning from their mistakes rather than worrying about always being perfect. The idea behind having no grades first quarter in humanities classes is very much related to the growth mindset, and can be unpacked even further from a student perspective. Freshman Eli Aronson states, “I think it [is] very helpful not to have to worry about a grade in those classes first quarter. I found myself willing to take risks and be okay with making mistakes, but also knowing I need to learn from my mistakes.”
It seems pretty evident that this idea turned out to be quite a success. Both the teachers and the students seem to be happy. After just one year of implementing this practice, the positive effects are evident all across the board. Perhaps Latin is setting an example for other schools to follow. ]]>