Katz Meow: Valentines Day Is the Most Normal of Normal Days 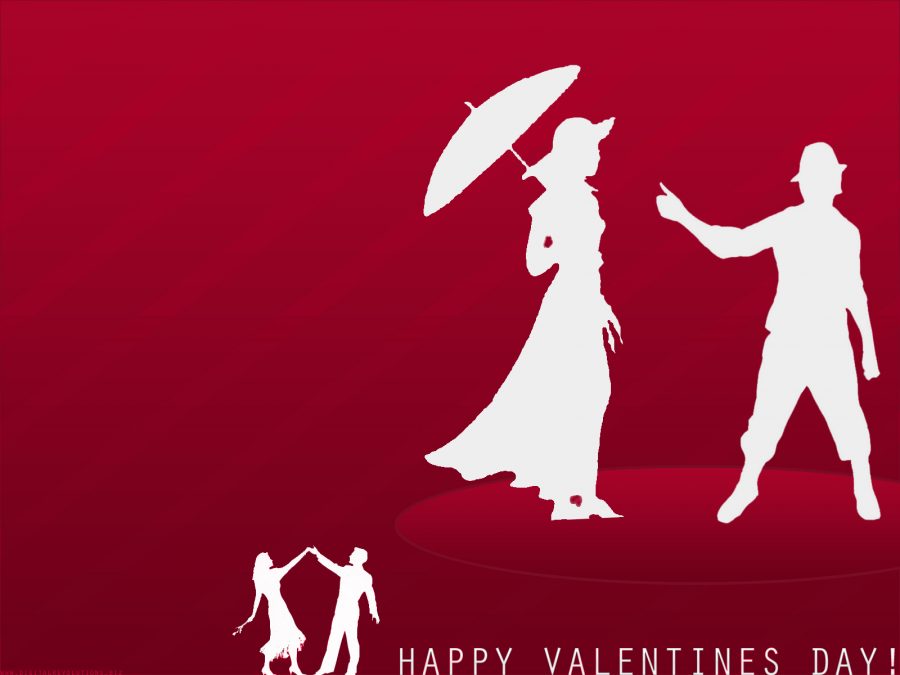 Ella Katz
We have somehow made it past Valentine’s Day 2017, a day that means different things for different people. For some, it means that they can finally breathe again, see the light at the end of the tunnel, because their singing valentine performance is finally over. For others, they are probably finding it very hard to breathe, due to what feels like everlasting embarrassment from a singing valentine that they received in class that of course went viral on Snapchat. For someone in a lovey-dovey relationship, they most likely have a new silver necklace hanging around their neck or an unopened box of chocolates on their bedside table. For a Latin student who is dying to be in a relationship but isn’t, it means that their garbage can is most likely filled with empty take-out cartons, and there are no longer new rom-coms for them to watch on Netflix.  Yes—Valentine’s Day is definitely a good holiday for Kleenex and Postmates. For Junior Lindsay Goldman, it’s a day of “ugh, this is so disgusting, we’re in school for God’s sake.” And last but not least, for me, not only does it mean that I have an overflowing trash can full of chocolates and Chinese chicken containers, but it also means that my third Valentine’s Day Forum article has been published.
I always imagined what this day would feel like—Valentine’s Day as a junior in high school. Regardless of if I would be spending it alone or not (horoscopes can only tell us so much, after all), I would be older, smarter, and more mature—everything needed to have the most perfect, heartwarming, sweet, special day.
Well, given that February 14th already happened earlier this week, I can assure you that it felt exactly the same as it has every other year of my existence. I got the same food coma after eating more than usual—which is probably an unhealthy amount. I got the same sadness from seeing everyone’s Valentine’s Day vomit on my Insta feed, and, of course, I had a movie marathon– well, I just watched a few episodes of Season Six of Gossip Girl because it was a school night and I had an essay due the next day. But hey, it’s the thought that counts!
Freshman and sophomore year, I wrote about how Valentine’s Day is the absolute worst when you are single– which it can be, don’t get me wrong– and all the ways that you can make it better blah blah blah blah. But now that I have really pondered the true meaning of this red and pink everything-is-amazing day, the bottom line is that February 14th was and always is pretty much your average winter day. I still laughed in bio while talking about shark reproduction, I still clapped for Billy Lombardo when he walked into class, not to mention that the Day 1 12:05 lunch period was still overflowing with hungry, overtired, slaphappy students and faculty. I still had essays to write, tests to study for, and well, Tuesday was a school night. As I reflected on my weirdly-normal day, it made me realize how Valentine’s Day really just blends into the other 365 days of the year—well maybe 355, leaving one day for my birthday, eight for Hanukkah, and one for the day school is out for summer.
Now, high end retailers, florists, and the nicest of nice restaurants might disagree with my statement. For them, Valentine’s Day is the Grammys or Oscars of their existence. The day is essentially their grand debut, their big break. But set aside this small percentage of the world’s population, and for the average person, Valentine’s Day couldn’t more routine and regular (and more endurable for someone who is single or heartbroken).
So has each year’s Valentine’s Day proven itself to me as being better than the last? Absolutely not. Far from it, if I’m being completely honest. Nevertheless, given that I am an eternal optimist, I am 300% sure that next year, my senior year of high school, it will in fact be different. It will be the Valentine’s Day I have been dreaming of since middle school, the kind you see in the movies. Setting aside the relationship factor, I am sure the day will be one I never forget—but then again, that’s exactly what I said last year. ]]>