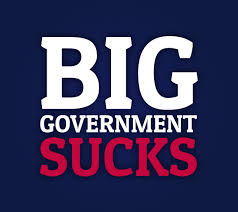 Noa Rosenberg
Signs are everywhere. Without them, how would you know when to stop your car, where to recycle, or whether restaurants are open or closed? Signs tell us where to go, what to do, what to think. They command with their language and order us to act. For the most part, signs like those listed above are boring; however, recently they have taken on a new life, one that has made its impact at Latin.
I did not make it to the Women’s March, but the inundation of images that crossed my Facebook timeline in the days that followed it made it clear that signs were an essential part of the event. From those touting the importance of intersectionality, to small poster boards carried by toddlers saying, “I might take naps, but I’m still woke,” signs have become an iconic part of not just women’s protests, but of all those currently occurring around the country and world.
This is not a new occurrence. Images of suffragettes in the 1910s, Civil Rights marchers of the 50s and 60s, and anti-war protesters in the 70s are rife with memorable signs and banners, all snapshots of the things they fought for (some of which we are still fighting for today). Signs have always been a signifier of peaceful protest and a need for change.
On a much smaller scale, this rebirth of signage has permeated Latin. The locker bays and lounges have become breeding grounds for not just conversational, but textual political discussion. Many of the original signs were sponsored by an organization titled Turning Point USA whose mission is “to identify, educate, train, and organize students to promote the principles of fiscal responsibility, free markets, and limited government.” Some of these signs read “Big Government Sucks,” “Free Markets Free People,” or, “I <3 Capitalism.”
As it tends to happen at Latin, these signs sparked a trend in which many different groups began creating signs of their own, culminating in what looks like conversations between parties on the walls of the school. As what began as political parody eventually devolved into nonsensical lists of words, the signs even appeared to gain sentience with one saying, “I love political discourse.”
Looking at history, signs seem to surge at times when change is imminent; when things must be different, and fast. Today, people feel voiceless, and signs seem to be a last respite of good humor and hope. Tensions are running high and at least making a sign–rather than a hasty comment on Facebook or blurted opinion in the hallway–takes time, effort, and forethought. There is something about them that feels more permanent. Besides, some of them lead viewers to see a more humorous side of things that they otherwise wouldn’t. They provide a silver lining, and, perhaps, a safer place for anonymous, public discourse.
Sign conversation at Latin has been mostly peaceful so far and, as long as it stays that way, I think it is a positive means of getting information out to the student body and starting conversations. Signs are important; they tell us what to do next and, given today’s uncertain future, any respectful input is valuable. ]]>