Micah Liss Can Climb 50-Foot Walls in Under Six Seconds 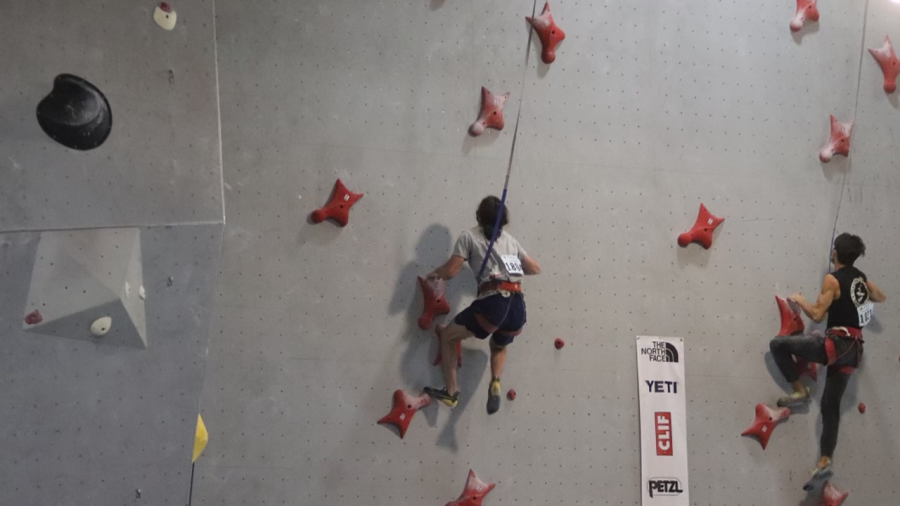 Micah Liss, a senior, can climb 50-foot walls in just under six seconds.

Micah has been climbing since he was a child, though he was not always such a pro. When he began, he said, “I was pretty bad at everything.” He enjoyed the sport, however, and continued to climb, eventually joining a climbing team. “Speed climbing was easiest to pick up because there is a lot of coordination and technique, and I already had a little bit of that from other sports,” he said. “It took a long time to get good, though, since I had no idea what I was doing”

Speed climbing is an exhilarating sport that requires quick reflexes and a lot of dexterity. It is done on a 10-15 meter (30-50 feet) wall that hangs backwards at five degrees and is pre-set with hand-holds and foot-holds. Each hold is bright red and is anchored to the wall, although the rotation of each hold varies. Speed climbing can be done on natural courses (such as rocks and cliffs), although competitions take place only on standardized walls.

Micah constantly practices at his climbing gym, refining his technique and speed. His current best for the 20-meter wall is 5.86 seconds, already faster than some of the best times in the world. “It’s my main sport; I care a lot about getting good,” he said, adding, “I have already been to open nationals, and if I do well enough, I will make it to the adult U.S. team.” As of now, Micah is on the youth U.S. team for speed climbing. “I am working pretty hard right now so I can go to some World Cups this year,” he said.

To make it to a World Cup, however, he first has to go through the qualifier round of competition. In these competitions, Micah makes two climbs. If his faster time is ranked higher than enough people, he will make it to finals. From there, 16 people compete in a bracket-style competition until only one person remains. If given the chance, Micah hopes to go to the Olympics.

When Shiloh Ajiginni, a sophomore, first learned about Micah’s records, he responded in disbelief. “You must be lying!” he said. “I don’t believe you. That would mean he climbs 10 feet a second.”

Micah Oommen, also a sophomore, had the same reaction. “He climbs 50 feet faster than you can run 50 feet.”