Mr. Dunn, a Longtime Roman, to Become a Wildcat in the Fall 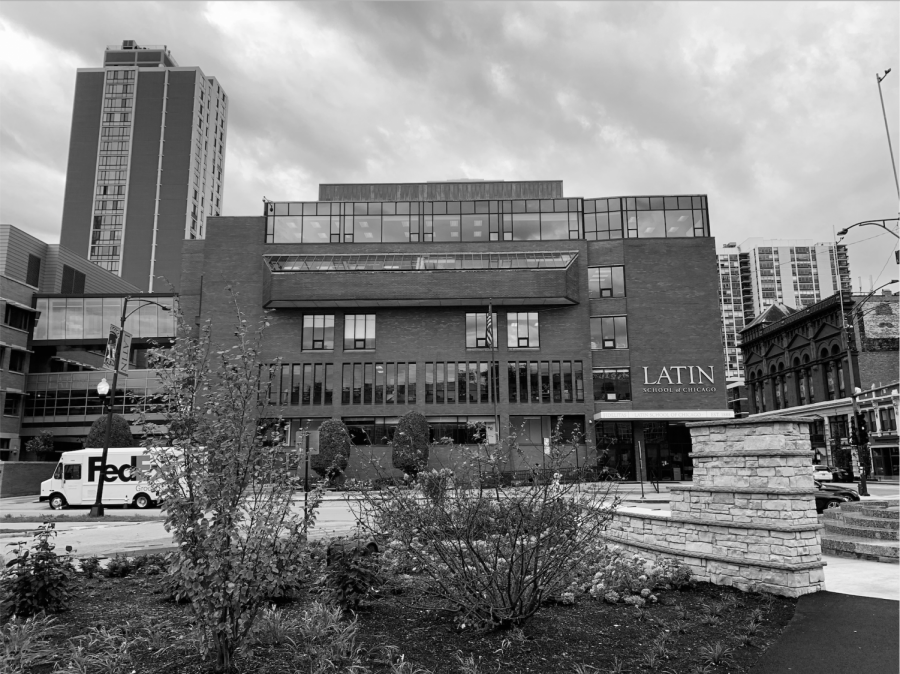 Randall Dunn has announced his acceptance of the Head of School position at Rye Country Day, a private K-12 institution in Westchester, New York.

Shortly after he bids farewell to the Latin community, Head of School Randall Dunn will be packing up his things, including an abundance of orange ties, and moving into the Head of School housing at Rye Country Day School (RCDS), a K-12 independent institution about 25 miles outside of Manhattan.

The RCDS Head of School search began in January, when principal of 29 years Scott Nelson announced his plans to retire. Mr. Dunn will assume the position beginning July 1, 2022, with guidance from his predecessor throughout the transition process. “I hope Mr. Dunn enjoys leading this exceptional community as much as I have over these past 29 years,” said Mr. Nelson.

With an eight-day rotating cycle, a similar emphasis on clubs and extracurriculars, and nearly identical class sizes and student-teacher ratios, this top-ranked New York school is perhaps the Latin of Westchester County.

“There aren’t a ton of differences really,” said Mr. Dunn. “At the end of the day, there are a lot of similarities between the two schools, which I like.”

A significant difference to Mr. Dunn is the physical campus itself: 26 acres of buildings and fields, including on-site housing for the Head of School. Mr. Dunn said he is looking forward to living on campus, just a train or car ride away from his daughters and extended family.

Rye’s leaders said that Mr. Dunn’s experience in independent schools—as a student, teacher, and administrator—will be of great value to their community. “Mr. Dunn impressed all of us on the Search Committee as a dynamic and experienced educator who will respect and build upon the solid foundation and traditions of our school while leading us into the future,” Board Chair Leigh Geller said.

Mr. Nelson echoed Ms. Geller’s sentiments. “Rye Country Day, like Latin, is focused on academic excellence,” he said. “Mr. Dunn knows very well what is required to sustain that level of excellence, yet at the same time, he brings his own unique experiences that will complement and enhance what RCDS has to offer its students.”

During his tenure at Latin, Mr. Dunn has developed a number of traditions, some of which he plans to bring to his new job. “There is so much that is a part of me that I think will end up being a part of Rye,” said Mr. Dunn.

His famous recitals of William Ernest Henley’s Invictus will take place on two new stages next fall: Rye’s Memorial Hall and Black Box Theater, and not Latin’s Wrigley Theatre. “I think their kids are going to hear Invictus from me probably a couple times,” said Mr. Dunn.

In February, Mr. Dunn began his tenure as board chair of the National Association of Independent Schools. After his departure from Latin in June, he will still hold that position for the remainder of his three-year term. “He also will enjoy being a part of the Fairchester Heads,” said Mr. Nelson, “a very collegial group of 25 heads of independent schools in Westchester (NY) and Fairfield (CT) Counties.”

Mr. Dunn’s announcement of his departure came eight weeks after the formation of Latin’s first ever faculty union, an organization which Dunn openly opposed in its early stages. Unlike Latin, RCDS does not have a faculty union.

Among many transitional tasks, Mr. Dunn must decide what to do with his impressive collection of orange ties. “That is probably going to be one of the hardest things for me to figure out,” he said. For the first time in 11 years, Mr. Dunn will be fight-fight-fighting for the blue and gold, and not the orange and blue. He discussed the possibility of a tie bidding war or exhibit before the end of the year but added, “I do [have to keep some of them.]”

Mr. Dunn may be moving to a school that is ultimately quite similar to Latin, but he said, “Obviously school is about people, so boy, I’m sure there is real difference.”