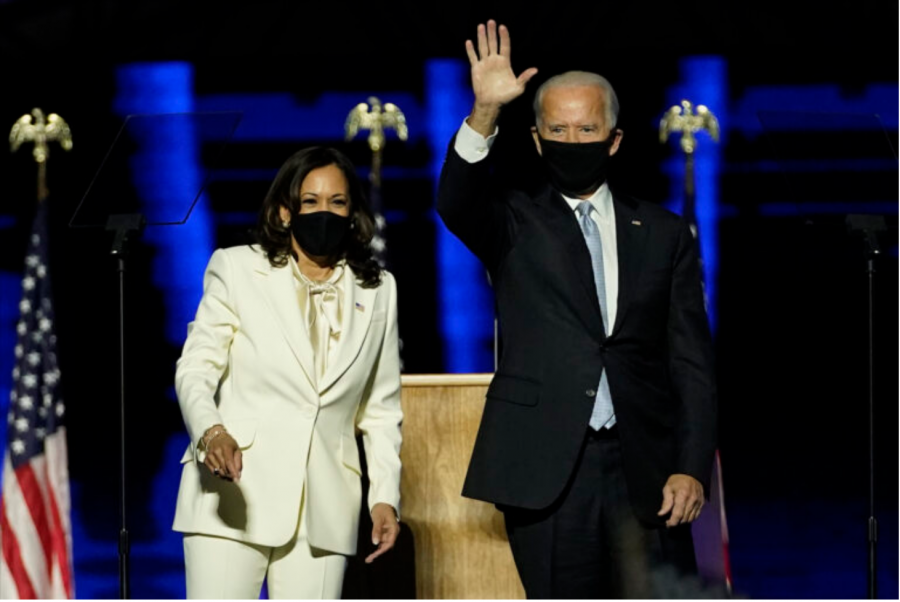 The 2020 presidential election, charged with emotion, hijacked conversations across all divisions of the Latin School of Chicago in the weeks leading up to election day. In a letter sent out to the Latin community, Head of School Randall Dunn shared that the school’s faculty and staff had been preparing to discuss the election’s outcome with students in the coming days. But after Joe Biden was announced the winner, the Latin community found itself submerged in radio silence.

Mr. Dunn’s letter to the Latin School community the week of the election described an anticipated need for dialogue surrounding the election’s results, and he shared that teachers were already prepared to face questions presented by students. “Our faculty and students have been learning about the election process and preparing for the many complex questions it raises,” Mr. Dunn wrote. “Our work around civil discourse has prepared faculty to address them in classroom discussions.”

Still, Mr. Dunn noted that election results should not become the focus of the school days following result announcements, despite their gravity in national discussion. “We are also cognizant that while this is a critically important day for our country, the topic and the stress around it does not need to be present in every classroom all day long. We need to preserve the ability for students to focus, learn and engage in every subject matter fully no matter what is happening or has happened at the polls.”

Mr. Dunn added another reason besides the capacity for distraction for which discussing the results of this election may be difficult. “I think we all understand that teachers have a certain influence and potential impact on conversations in the classroom. The process the teachers have been talking about in constructing moments for civil discourse focus on how to be conscious of the strength of their impact while not asking them to hide their opinion.”

Senior Vivienne Kaufman, who worked with other seniors to teach Latin’s Upper School about the Electoral College, shared her thoughts about the administration’s silence. “I understand the desire to keep politics out of the classroom, especially as teachers are often required to keep their personal lives and opinions out of their jobs. However, I do think it would be a little tone-deaf to continue classes as normal without acknowledging the events of the election and how it may affect the Latin community.”

Senior Olivia Katz, who also contributed to the presentation, agreed. “I think that given the current state of the world and political climate, it would be strange not to address the election at all in the classroom,” she said. “It is important for students to feel comfortable sharing their opinions if they choose to do so, and I think in many cases, it is up to teachers to establish that open, comfortable classroom environment.”

Upper School Director Kirk Greer explained the reason for ambiguity in his reactions to the race’s result. “Speaking only for myself,” he said, “I feel the ‘outcome’ of the election is, in fact, highly ambiguous itself.” Mr. Greer was not referring to the declared victor, but rather the climate of American politics and implications of campaign rhetoric.

Biden won more popular votes than any other presidential candidate in US history, but Mr. Greer’s take on election turnout goes beyond the simple vote count. “Even at a record level of turnout for modern elections (estimated at 67%), our turnout rate lags well behind most industrialized democracies because we make it harder to register and to vote than most similar nations,” Mr. Greer said. “I’ll have more faith in our democratic elections when voter registration is automatic, federal voting rights protections are strengthened against the arbitrary restrictions set by state governments, and the non-representative institution of the Electoral College meets its long-overdue end.”

Mr. Greer also shared reasons for not addressing the result’s meaning for the national fight for social justice. Despite clear, anti-racist statements made by both Biden and Harris, Mr. Greer was hesitant to grant overwhelming credit to mere words. “I’m not ready to attribute much value to anti-racist messaging until the new administration or any newly elected officials take effective action or works to hold those who obstruct such action to account,” he said. “While it is progress to hear the acknowledgment of systemic racism in the rhetoric of candidates, only time will tell if chipping away at its operation is actually an outcome of the presidential, congressional, and state elections.” For Mr. Greer, responding to this election’s result is challenging simply because it is impossible to predict the exact implications of the outcome.

Beyond political affiliation or opinion, this election marks many important firsts for the United States. Latin’s Intersectional Feminist Alliance heads, seniors Ivy Schenk, Freddi Mitchell, Charlotte O’Toole, and Betsy Levine, wrote their reaction to the results in an Instagram post. “No matter where you stand on the political spectrum, this is a historic moment. Senator Kamala Harris has been officially elected Vice President of the United States. She is the first woman to do so and also the first Black and South Asian Vice President. History has been made here.” They added, “as the heads of IFA, we are proud of this moment in history. Now we move forward to more success for non-male humans across the country.”