Letters from the Class of 2020: Paige Hosbein 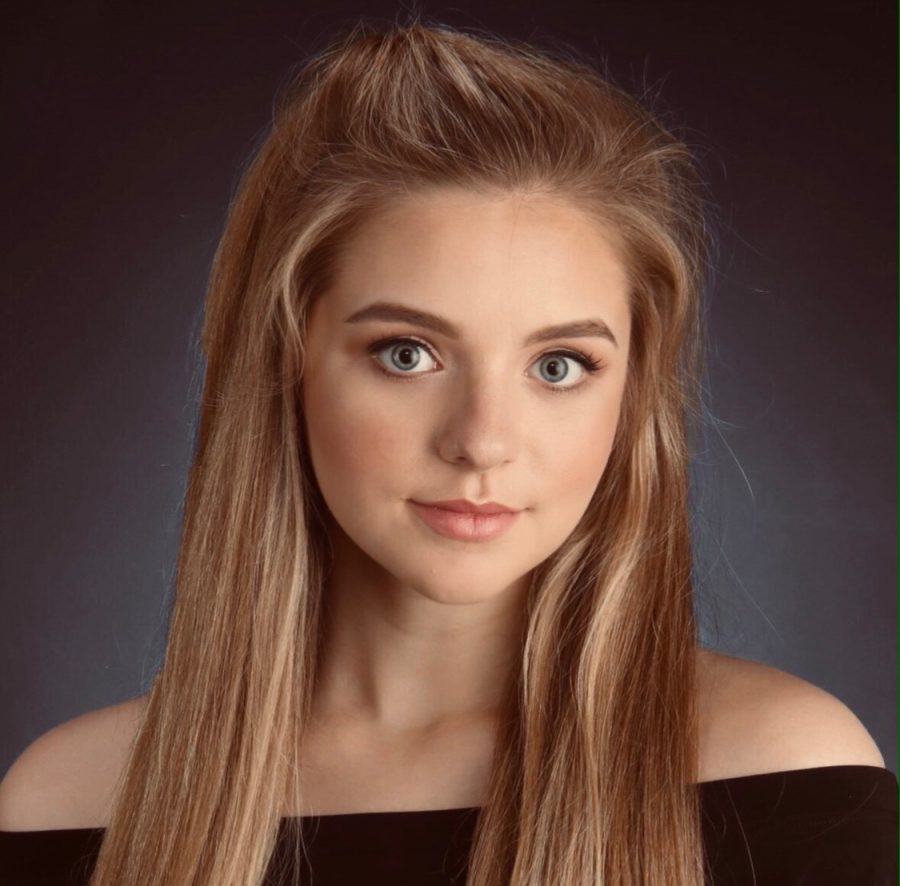 I can be a fairly indecisive person and when choosing a high school, this was no exception. In eighth-grade, I took every test imaginable—the ISEE, HSPT, SSAT, MAP, you get the point—with no idea of where I wanted to spend the next four years. My sister attended boarding school, and I always looked up to her independence. In the end, however, I decided to stay less than a mile away from home—not 607 miles away. But, although I have technically been in my comfort zone at Latin in terms of proximity (and I still haven’t gotten my driver’s license), I have constantly been out of my comfort zone in every other way—whether I was repelling down a 250 foot cliff in Oregon on my sophomore year project week, designing my own course (everyone go take “Data Analytics and Visualizations” next year!), or launching a sweatshirt line for my senior project.

Over these four years at Latin, I’ve realized that what makes me feel most at home is not the proximity; rather, it’s the tight-knit communities, lessons, and unforgettable memories.

Most people can’t imagine running around in circles or over hills for fun, but I can’t imagine my Latin experience without cross country and track. While on the team, I’ve made unbreakable bonds and tested my discipline. I’ve also learned to not hyperfocus on executing the perfect foot strike or negative split but instead strive to leave a positive footprint behind.

Most people also can’t imagine staying at school until 8:00 p.m. on a Thursday to work on yearbook (and to be precise, 400 pages worth), yet I did it every week and wouldn’t trade it for anything. I will miss laughing hysterically at yearbook dinners, hearing Ms. Ross’ crazy travel stories, and recording Latin’s history on pages.

I’ve made memories that I will never forget: secret santa with my HUSH class junior year (love you guys!), running a half marathon with my xc teammates for the Hollywood run (aka attempting to keep up with Charlotte and Henry), and winning Math State on the Junior-Senior team last year (even though I sometimes felt like the highlight of my contribution was bringing extra calculators and pencils for everyone).

Latin’s not like other schools—we don’t have a football team or cheerleading squad or uniform etc. “High School Musical” definitely gave me a false sense of what my four years would look like. But, I like that we don’t fit a mold; we shatter stereotypes.

My best piece of advice for grades below can be summed up in the quote “Appreciate what you have before it turns into what you had.” — Anonymous

I think a lot of us can easily get stuck in the mindset of “is it Friday already?” We pack our schedules so much and aim to check off the flooding assignments on Roman Net just to get to the weekend and do it all over again. At least for me, in my meticulous planner, I checked off quizzes, tests, races, math competitions, service dinners—you name it—and sometimes I became so buried in my to-do list that I forgot to look up for a second and appreciate everything.

Appreciate teachers like Ms. Amusin who brings Play Doh to class when she can sense we are all feeling stressed or Mr. Kendrick who is so passionate he practically cries teaching supply and demand graphs or Ms. Hennessy who makes you a better writer and a better person or Ms. Merrell who will run with you, make you laugh, and teach you photosynthesis. Appreciate friends who surprise you on your birthday when you’re least expecting it, friends that can understand exactly how you’re feeling without uttering a word, friends that send you endless TikToks to let you know they’re always thinking about you. Appreciate grandmas who drive you to school, make you banana bread, and cheer you on—both in-person and virtually. Appreciate older sisters that serve as the best role models and partners in crime—like seriously, how do you live without one?! Appreciate advisors like Mr. Van that sometimes knows you better than you know yourself or Mr. Tempone that always has your back. . . the list goes on and on. .

. . so whatever you do, don’t forget to slow down and look around every once in a while. It sounds cheesy, but trust me, when your four years are over, you’d do anything to do it all over again.

One day, you’d do anything for another “Have a great day” from Sami in the morning, for another “gathering” (especially one where Rahsaan is rocking out on the electric guitar or Lulu is belting Aretha Franklin’s “Respect”), for another long block (yes, even the 8 am’s), for another project week (especially the ones that make for good stories to tell), for another advisory . . I know I would.

I know I’ll miss singing the fight song so loud that my throat hurts. I’ll miss the euphoric feeling of crossing the blue timing mats knowing I gave it my all. I’ll miss serving dinner at St. Chrysostom’s down the block with the best sophomores (miss you Noah, Matilda, Sofia, Charlie). You don’t realize the value of these small moments until they eventually become memories.

At the end of the day, I wouldn’t be able to go to Latin if it weren’t for my incredibly hardworking, supportive parents so I’d like to give a special thanks to them—for everything from driving me to some far-away suburb to take the ACT to quizzing me on Spanish vocab (even though you butcher the words, dad, and your accent is even more American than mine) to cheering your heart out at meets (btw no one else knows what PAF stands for). Words cannot describe how lucky I am, and I honestly don’t know how I’m going to survive next year without you two. Don’t forget to thank your parents today and everyday. I know I can never thank them enough.

I never thought I’d have to go and pick up my locker stuff packed up in a cardboard box wearing a face mask, which is why this ending feels especially bittersweet. Like members of the class of 2020 around the world, I’m longing for more time together, for a proper group hug. A big, tight group hug. It’s in time apart, though, that I’ve realized how much I value our time together.

Now I’m tearing up, so I better end this.