On the Road to Math State 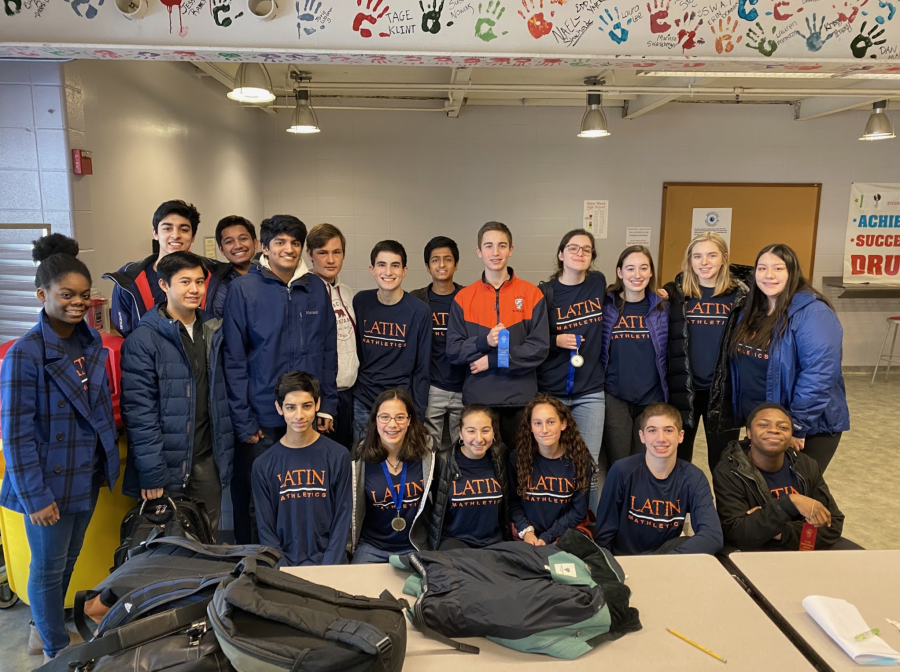 On Saturday, February 22, Latin’s math team competed at their regional competition at Niles West High School. As a reward for participating in the six-hour competition, Latin finished in second place. The team earned 695 points compared to Lake Forest Academy (LFA) who won with 708 points. Mr. Van, the faculty advisor of the team, says, “We did quite well. Our region, although it only has 3 teams, is arguably the toughest in the state, as all 3 of our teams have finished in the top ten at the State competition each of the last few years.”
Junior Ronil Awalegaonkar agrees. He says, “Overall, the Math team did a great job…. Although we lost some great senior mathematicians to college last year, the increased attendance from Freshmen and Sophomores creates a team dynamic that will surely make us a hard team to compete with for other schools in our division at State.” Ronil is optimistic towards the team’s future and credits their success to his teammates. With more eager participants, Ronil believes the team can succeed.
In order to perform well, the math team practices during clubs blocks in addition to one morning a week. A typical practice consists of completing packets from previous contests and reviewing specific areas that students rarely learn in math classes. Occasionally, a captain will teach a lesson on topics such as conics, sequences and series, and probability. Team member Ryan Hardiman says, “With these practices, we are always prepared and ready to compete.”
Mr. Van highlights the importance of practice; he says, “Prior to last year, we’d never finished in the top ten in the relay event, so we made it a priority in practice, and it paid off.” Since then, the team won first and fifth place in state last year. Mr. Van also emphasizes the “many” events that students participate in. Content varies from Algebra I to Precalculus. At regionals, the team participated in the individual contests, 8-person, calculator, 2-person, and oral events. Juniors Hailey Hurd and Tushar Patel both received perfect scores in the oral event. In addition to the events listed above, students compete in relays, an event Latin won last year at the state competition. Mr. Van says, “Given our success over the last few years and the time and effort that the team has put into practice, we definitely have reason to believe that we can win it this year.”
Ronil is excited to participate at state, and see the team’s hard work pay off. He says, “I’m proud, as a member of the Math Team, to see the progress everyone has been making at an individual and communal level.”