March For Our Lives Opens to the Latin Community 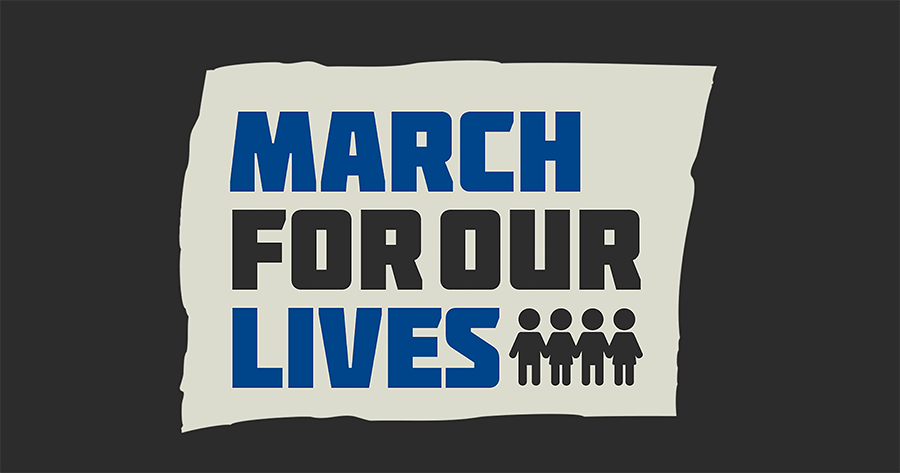 “What do you think of when you hear the words gun violence?”
“Urgent, safety, and debate” stood out among many thoughts shared at the March For Our Lives (MFOL) lunch discussion on Wednesday, March 4. MFOL’s mission as a club is to “harness the power of young people across the country to fight for sensible gun violence prevention policies that save lives.” They hope to facilitate workshops that will educate the Latin School community to create a better understanding of the topic.
One point the club wishes to communicate is that gun violence goes beyond mass shootings; it concerns the safety of all people. Whether the danger stems from the sheer number of civilian-owned firearms in the U.S. or from a lack of gun control is a central topic of discussion. Along with this controversy is the idea that gun violence may not be about rights, “but about regulations to ensure public safety,” said senior Lily Weaver, one of the co-heads of the club. While gun laws are traditionally a partisan issue, one of the goals of the club is to cultivate discussions in which students need not feel restricted by their political affiliation. Senior Emily Breitenecker stated that “it’s difficult to not bring in politics, but a respectful conversation is still possible.”
In order to bring about change regarding this issue, MFOL tries not to force a specific political belief upon students but rather to highlight an area of commonality: the importance of our collective safety. The club emphasizes that “the issue should not be a debate, but rather a conversation where students speak from the ‘I’ perspective and respectfully contribute their opinions.”
The meeting ended with suggestions for any students seeking opportunities to further participate in this movement: organizations with similar missions include Strides For Peace, as well as the Illinois Council Against Handgun Violence. Finally, MFOL encourages eligible individuals to vote for leaders who recognize this urgent crisis and will work to bridge the partisan gap toward sensible policies aimed at protecting communities.