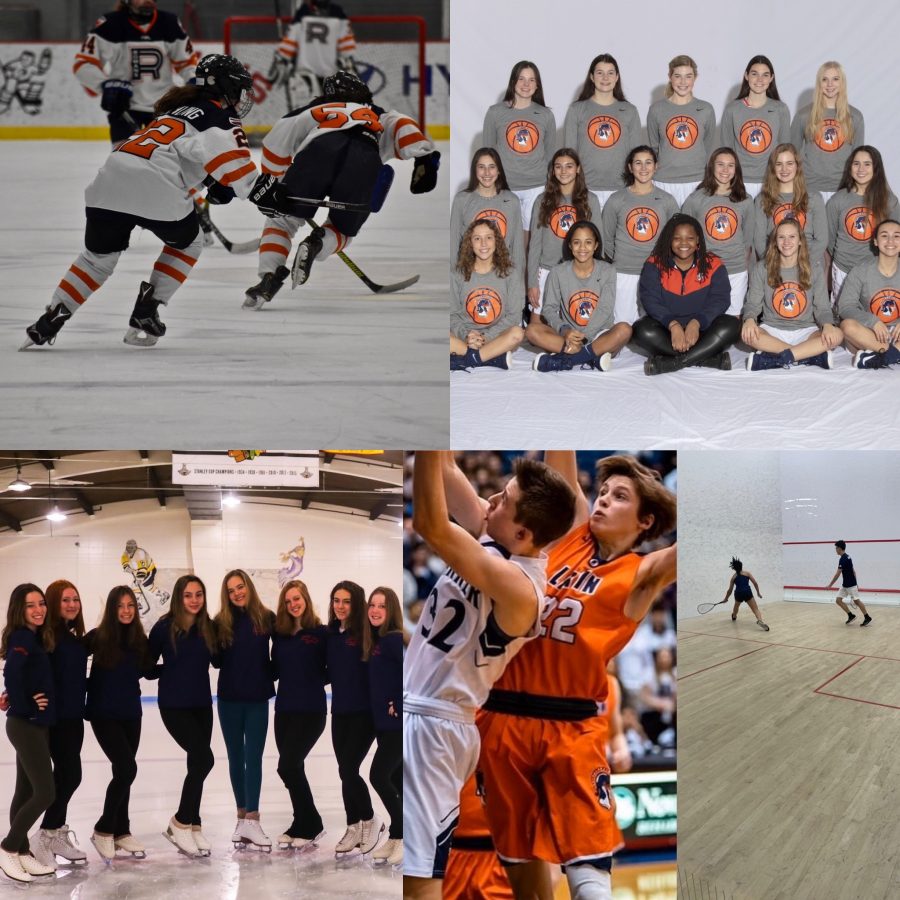 Eli Aronson, Staff Writer, and Bea Parr, co-Editor
Boys Basketball: Boys Basketball is off to a 7-6 start this season. After losing a heartbreaking game at DePaul vs. Parker, the team has rebounded and is starting to play well. “The key moving forward is to get healthy and continue to work on communicating on the court,” said captain George Landsberg. “Our outlook is super optimistic for how we finish this year, and I’m excited to see how we come together,” finished Landsberg.
Upcoming Games:

*Senior Night
Girls Basketball: With an impressive record of 16-3 despite some tough competition, Latin’s varsity girls basketball team is off to a great season. They have dominated conference play posting a 5-0 record. They have improved mightily since losing a tough, closely contested game against Marian Catholic to start the year. Senior Keely Lovette thinks the team can continue to get better. “I think when we improve our focus and maintain our energy, we will be able to nail down the details before playoffs,” said Lovette. The team takes on Hope Academy for senior night on January 31st at DePaul.
Upcoming Games:

*Senior Night
Girls Hockey: The Latin Orange (primarily made up of upperclassmen) are off to a 9-2-3 record, and they are three points back of New Trier to the lead atop the conference. The team is made up of girls from Latin, Lane Tech, Whitney Young, St. Ignatius, Lincoln Park, and Jones high schools. Seniors Lindley McCutcheon and Abby Maechling, and Sophomore Margot Bettman lead the Orange team, while Sophomores Pickle Coleman, Sumner Keogh, and Reyna Puri are all a part of the Blue team. Because of the make-up of the program, it takes some time to develop team chemistry. However, McCutcheon actually loves the make-up of the team, and she sees the team as a “completely different family than the one [she] has at Latin.” Moving forward, McCutcheon has a few goals for the team. First, they don’t want to just beat Loyola, but they want to dominate and win by “as much as possible.” The second is dependent on beating Loyola, but McCutcheon wants the team to continue to get better and give themselves a chance to play in the state finals at the United Center. Lastly, McCutcheon calls on the Latin community to come out to the Senior Night game and show support for the team and the seniors after a disappointing turn-out for last year’s games.
Upcoming Events:

*Senior Night
Boys Swimming: Boys Swimming is off to a 2-4 start to the season. At this point in the season, Captain Nikita Volynskiy looks to work on “building the brotherhood.” After getting some early wins in the season, Volynskiy hopes to have the freshman get their times up and continue to put in work during practice with a good attitude.
Upcoming Events:

Squash Club: Latin’s squash club has grown rapidly in the past five years, and today, the club busses to the Lakeshore downtown for practice every day after school. Included in the seven teams in their league are Lake Forest Academy, Lab, and GEMS Academy, and the club currently has a record of 5-4. While they haven’t played in any large tournaments yet this year, in February, they will be competing in the Chicago League Tournament and the national tournament in Connecticut. Junior Malia Brandt says, “The team dynamic is pretty different when compared to last year, as many new people, especially freshmen, have joined.” She says that despite these changes, “everyone on the team is super kind and encouraging,” and “overall it is a super fun place to be.”
Upcoming Events:

Figure Skating Club: The skating club consists of ten skaters from Latin, Parker, and Ignatius, including Latin’s Zoie Yannias, Abby Maechling, Katie Cahill, Avery Bross, Ellie Baker, and McLaine Leik. The girls meet at the Saddle and Cycle Club for practice at 6:00am every Friday, and while that sounds terribly early, junior Zoie Yannias says, “The girls on the team make 6:00am practice surprisingly really fun. I look forward to it every week.” With each girl perfecting her assigned element, Zoie says, “we are doing well considering that we are a small independent school with only a handful of skaters.” As a matter of fact, the team placed third at a big meet in Rockford last weekend, and prospects are looking good for more successes in the future. Zoie says, “I feel pretty confident because we have a very talented group this year,” and “we all get along super well and all skate well together.”