Athlete of the Issue: Marianne Mihas 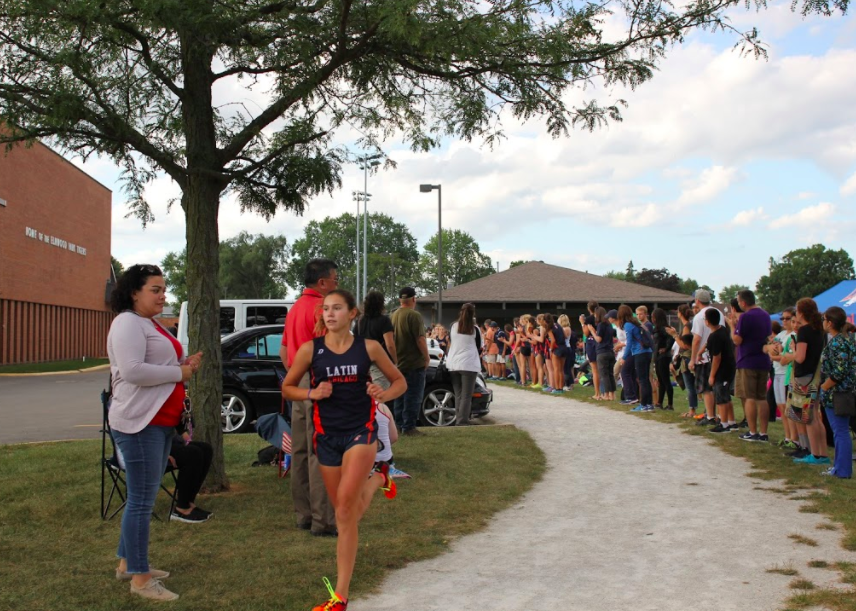 Freddi Mitchell
“She’s such a good teammate and friend. I love being on her team,” said Marianne Mihas’ teammate Charlotte O’toole. Marianne Mihas is a freshman at the Latin School of Chicago. Currently on Varsity Girls Cross Country team,. she can run a 5 minute 3 second mile, and this season she has placed within the top ten at every one of her races- coming first in three of the ten.
Her love for running started at Latin when she was very young. “It started with Roman’s Run and I always would lose to Owen Kmety…. it made me really mad,” said Mihas.
She soon fell in love with the sport and took it upon herself to make it a part of her after school life. “I originally joined cross country in third grade just to stay fit for other sports and because I wasn’t terrible at it.”
Now, six years later, she still has the same passion for running. Mihas says that she still does it in high school because, “It feels good, we have a good team, all the seniors are very nice, and we have a lot of fun.”
Marianne thinks very highly of her fellow teammates. When asked about what she likes best about cross country at Latin, she said that it’s “definitely not the running….probably the people. We have fun, and all the freshmen are really close.”
Many athletes have pre-race rituals, including Marianne. She said, “I slap my legs really hard until they’re red. Everybody makes fun of me for it, but it’s okay.”
Marianne really loves to see others fall in love with cross country and running. She said this for anybody who wants to get into running, “I’d tell them just go for it. Especially with cross country, no matter how good or bad you are, it’s easy to be on the team because we just practice together. We might run at different paces, but we’re all one team. We have a lot of fun!”
Finally, Marianne shared what it means to her to win and finish a race. She said, “It’s one of the greater senses of accomplishment. I think, for me, running and … especially finishing, makes me feel happier than winning. Because I run a lot and commit a lot of time to it, winning is kind of a validation of working hard.”
Marianne has shown that cross country and sports in general at Latin are not all about winning, but a sense of community. The Latin Cross Country team’s next meet is this Thursday in Lincoln Park, so come out if you can to support, or wish the team good luck in the halls!]]>